Why is oil priced and traded in U.S. dollars?

Azarria Iglesia
Oil is priced in dollars because through Bretton Woods the dollar was pegged to gold and everything else was essentially pegged or floated to the dollar. The world was flooded with dollars after WWII which partially led to the present American consumerism, but it also enabled the world to essentially use the dollar as they would gold. Reserves soon played a role and in order to maintain stability the gold window was closed and eventually the US went off the gold standard all together. In the meantime though, oil, which is a global commodity, was traded using the dollar which drastically simplified the whole system. The system has remained in place due to inertia.

In order to change the currency used, the world would have to be flooded with a different currency (which doesn't make sense since the US has the world's largest economy except for perhaps the Euro which is extremely unstable) and while the Fed may whit away the value of the dollar, it's highly unlikely that it will default and therefore it is not susceptible realistically to any speculative attacks. While currencies such as the Euro hold a substantial percentage of reserve holdings, the dollar is still THE reserve currency and those holding dollars wouldn't want to see their holdings drop in value from a drop in demand (it's bad enough for them that QE3 is skyrocketing the supply and at some point it could possibly be abandoned, but not until a certain level of desperation kicks in).

Under the present circumstances, the only realistic alternative would be to have a somewhat balanced basket of currencies including the dollar be the drivers of world trade, but then do you buy oil with yen one week and pounds the next? A basket of currencies is inherently unstable from a global perspective since the constant shifting of portfolios would add volatility to the market. Granted, the Federal Reserve has somewhat of a blank check, but there is no perfect system. If not the dollar, what currency? In addition, how do you transfer from a system based on one currency to one based on another smoothly?

An analogy I would make is look at Russia with the New Economic Policy in 1921 and then following the collapse of the Soviet Union. In one case the shift was to a command economy and the other it was a shift away (although Putin still has his hands in the oil industry through companies like Gazprom) but both put considerable strains on the economy. This actually brings up another point though, if the shift away from the dollar were to occur it would likely stem largely from Russia's initiatives. Regardless, there's too much at stake with the oil trade to risk a global fiasco in order to change currencies. The price of American hegemony in the currency realm is still the cheapest option to other countries for the time being at least.
Il valore di permuta di Guitar Center è giusto? :: Puoi scambiare un'auto senza la registrazione? :: È possibile commerciare con la carta su RobinHood? :: Come e dove posso candidarmi per un lavoro aziendale presso Trader Joe? :: Posso andare a scuola commerciale per imparare il codice invece del college? Posso ancora diventare uno sviluppatore di software? Sento che la scuola commerciale è più adatta a me. Quali sono i vantaggi? 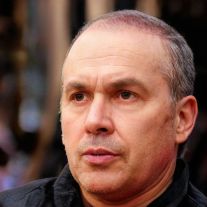